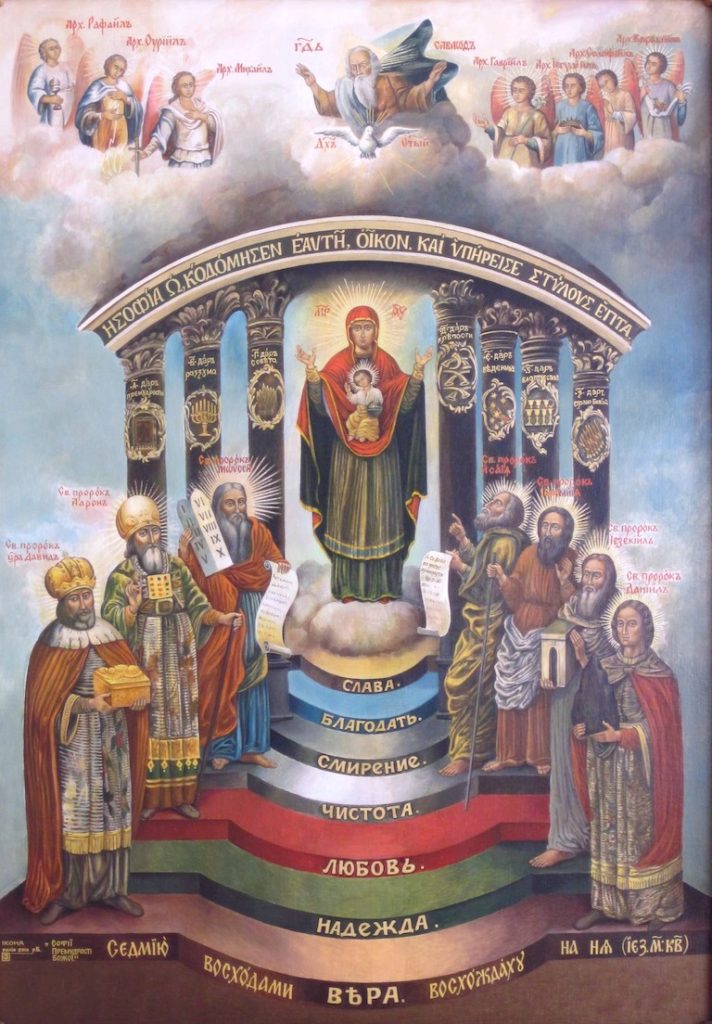 Brief resume of the article

and preached to the sisters of the Monastery in Burshtyn

The upper part of the icon depicts: God the Father with the Holy Spirit in the form of a dove. They are realizing the Incarnation of God the Son who is under Them in His Mother’s arms.

From the right and left sides of God the Father we can see seven Archangels, everyone with his symbol:

–         Uriel with a lightning. His name means light that lightens our minds so that they could see the truth.

–         Gabriel with a lily. He is the herald of the mysteries of God, especially the Incarnation of God.

–         Jegudiel means “Glorifier of God.” He is depicted wearing a golden wreath (an award for spiritual struggles) and a triple-thonged  whip in his left hand.

–        Sealtiel means “Intercessor of God.” He is depicted with his face and eyes lowered, holding his hands on his bosom in prayer.

–         Barachiel means “Blessed by God.” He is depicted holding a white rose in his hand against his breast.

3) text of Apocalypses (that the icon of Burshtyn monastery lacks).

God the Son sitting on the mantle of the Virgin blesses with His right hand, while in His left hand He has a symbol of power. Any icon depicts the supernatural world in some way. This icon depicts the Incarnation of God.

She is in the center of the icon. She is surrounded by 7 prophets.

The Virgin stands on a cloud with a staircase downward. There may be read five virtues and two states: faith, hope, love, chastity, humility, grace and glory. The phrase of the Book of Ezekiel 9, 22 is written there: “There were seven steps up to it”.

Seven prophets are depicted with their symbols:

Moses with the Tables of the Law

Aaron with his rod

David with the Arc of the Covenant

Isaiah with a pregame of his prophesy Is. 7,14

Jeremiah with a rod

Ezekiel with an arc with locked doors

Daniel has a mountain in his hands: “A stone broke away, untouched by any hand, and struck the statue… And the stone that had struck the statue grew into a great mountain, filling the whole world” (Dan. 2, 34,45). This stone is interpreted like Jesus and the mountain –the Virgin.

The prophets have the following text in their hands: «Wisdom has built herself a house, she has hewn her seven pillars» (Prov. 9, 1). It is the main theme of the icon.

The icon of this type comes from the XVIIth century. The Virgin is the Temple of Wisdom, the first of the temples of Sophia constructed later. That is why the holidays of these temples coincide with the days dedicated to the Mother of God.

Name and the main intention of the monastery

History of the monastery in Burshtyn 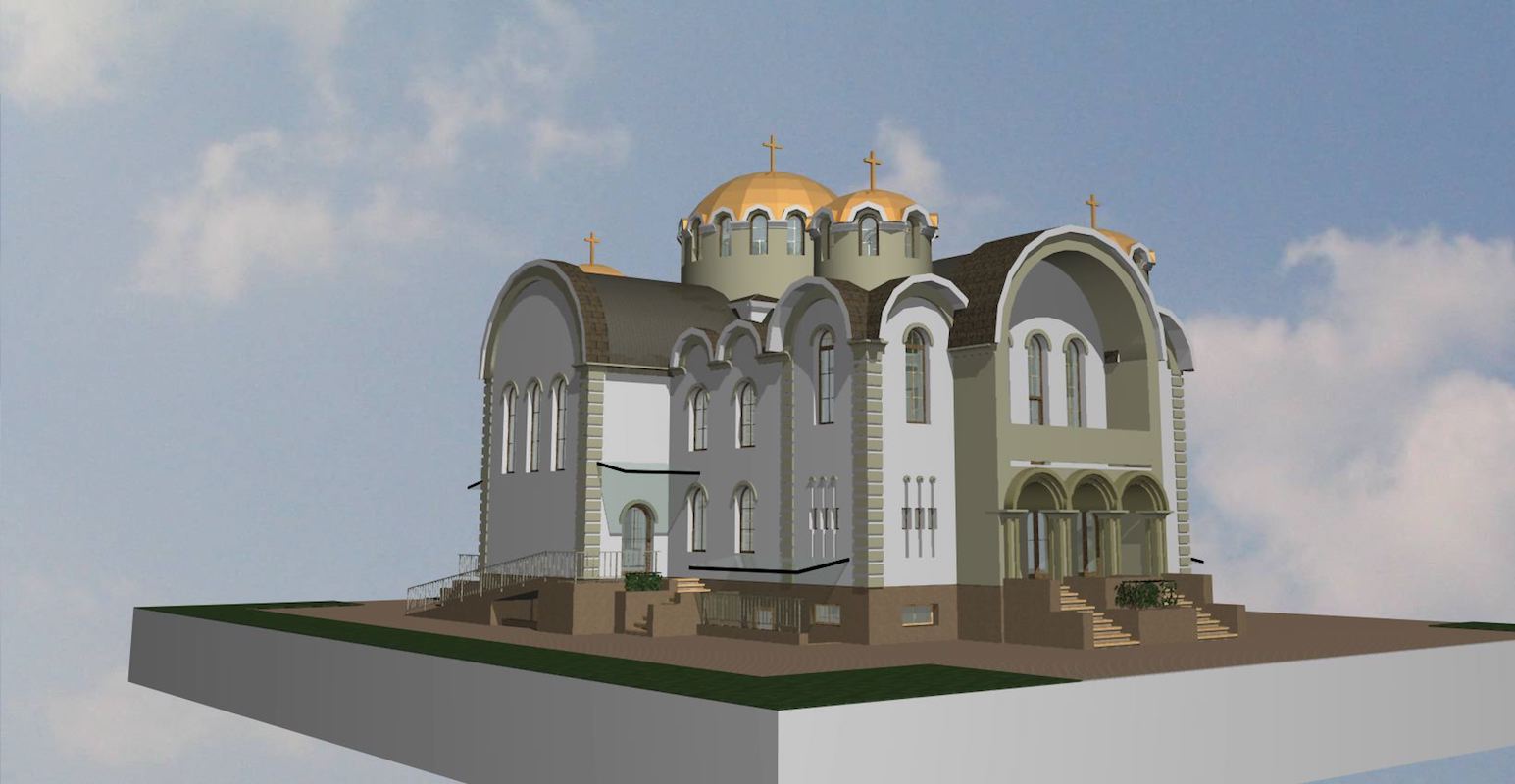